Jack Reimon started his path with the LEGO® SERIOUS PLAY® Method trained by Per Kristiansen, with whom he has worked closely since 2012. He focuses on delivering strategy and innovation workshops with LEGO SERIOUS PLAY, working primarily with banking, communications and tech companies.
Jack studied Communications at the Universidad de Lima, focusing on product development. He continued his training on different innovation, strategy and facilitation tools, getting a diploma on the Science of Creation from Centrum Católica Business School.
While collaborating with the technology research lab MediaLab Prado from Spain, helping technicians and artists develop technology “indistinguishable from magic,” he started researching new methods to accelerate innovation. As CEO of INNOMAGIC, he developed a business development framework and method around “creating the impossible,” implemented in companies in Perú, Colombia, Ecuador, and Panama. Since then he has been working as a facilitator, trainer, and lecturer around the world.
Occasionally he enjoys performing magic, and has also spent time studying and working in Las Vegas with top magicians in the industry, creating and consulting on his passion; magic’s psychology.
He lives in Lima – Perú with his wife and daughter. 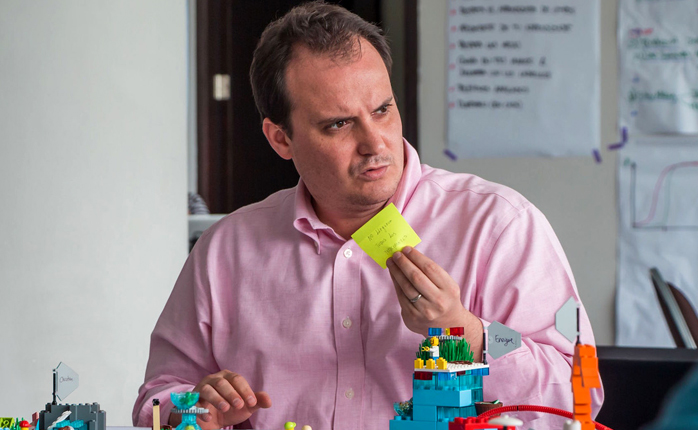