Marie-Christine Dupont has worked with LEGO® SERIOUS PLAY® since 2006 and expanded the LEGO® SERIOUS PLAY® method in France through her company, AVEA Partners.   She is a trainer of facilitator in this method and delivers facilitator training programs and end-user workshops to the French speaking market.
Her first job was with the TOTAL oil company, as R&D team manager. In this role she acquired an international business expertise and registered several patents for cements and drilling fluids. Marie-Christine decided on a career move and joined first Inter Action then Dydesys, both management consulting firms. She focused on work involving collaborative innovation processes and strategy.

All these experiences gave her a deep conviction that teamwork could be significantly improved if each individual was given a chance to reveal his or her talents at the proper time.

Marie-Christine obtained an University diploma for coaching from Paris 2, and started her own coaching firm in 2002 based on appreciative inquiry. Since 2002 she has been teaching and coaching students and professionals at the CentraleSupelect (ex Ecole Centrale Paris) and AgroParisTech, two of the top engineering schools in France. In 2006 she decided to focus on LSP workshops and trainings, with the strong belief that it is the right method to build performance within organizations through the pleasure of playing to learn. Marie-Christine is married, mother of two, living in Paris, France. 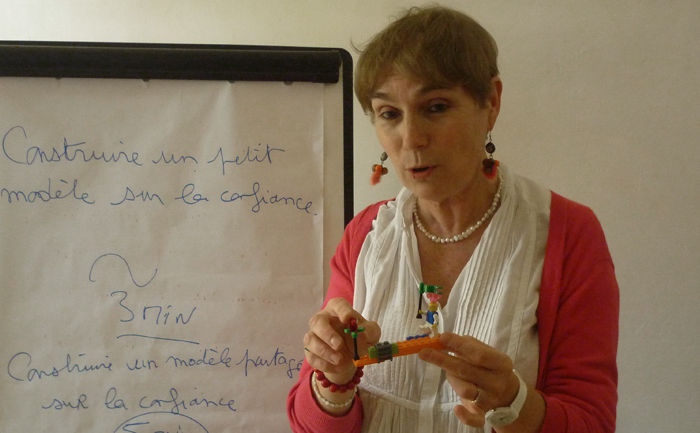